Police Killings and their Spillover Effects on the Mental Health of Black Americans: a Population-Based, Quasi-Experimental Study 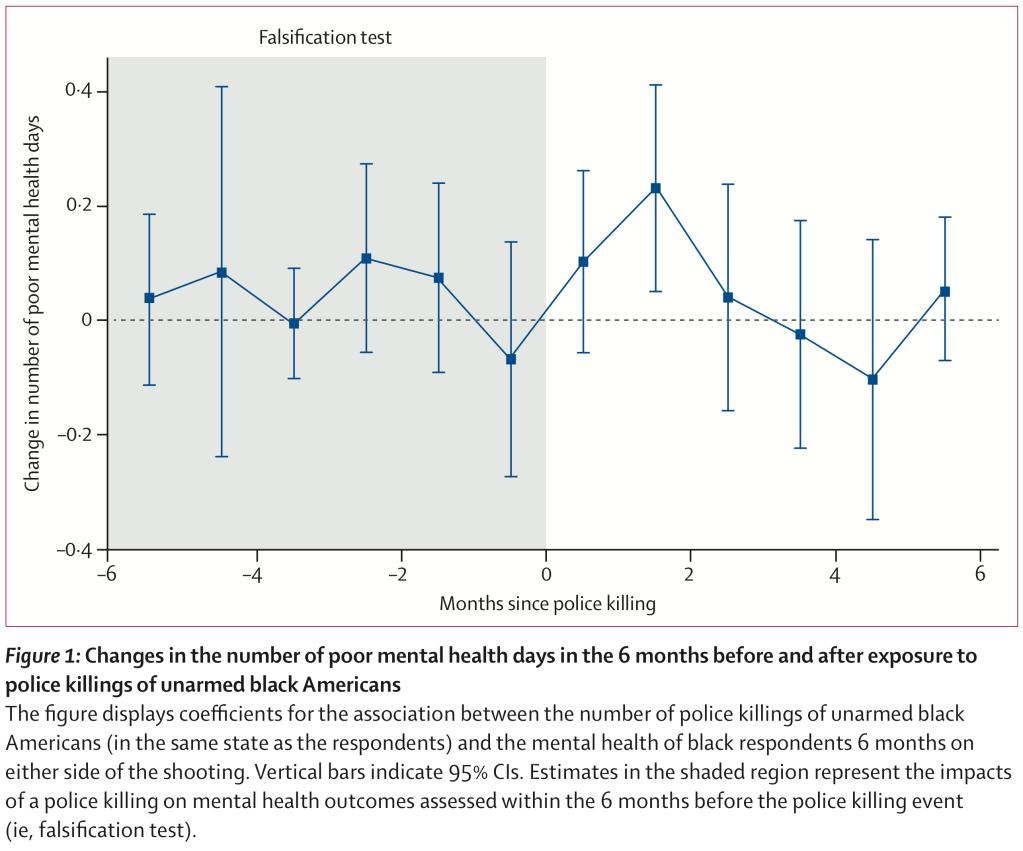 Background Police kill more than 300 black Americans—at least a quarter of them unarmed—each year in the USA. These events might have spillover effects on the mental health of people not directly affected.

Methods In this population-based, quasi-experimental study, we combined novel data on police killings with individual-level data from the nationally representative 2013–15 US Behavioral Risk Factor Surveillance System (BRFSS) to estimate the causal impact of police killings of unarmed black Americans on self-reported mental health of other black American adults in the US general population. The primary exposure was the number of police killings of unarmed black Americans occurring in the 3 months prior to the BRFSS interview within the same state. The primary outcome was the number of days in the previous month in which the respondent’s mental health was reported as “not good”. We estimated difference-in-differences regression models—adjusting for state-month, month- year, and interview-day fixed effects, as well as age, sex, and educational attainment. We additionally assessed the timing of effects, the specificity of the effects to black Americans, and the robustness of our findings. 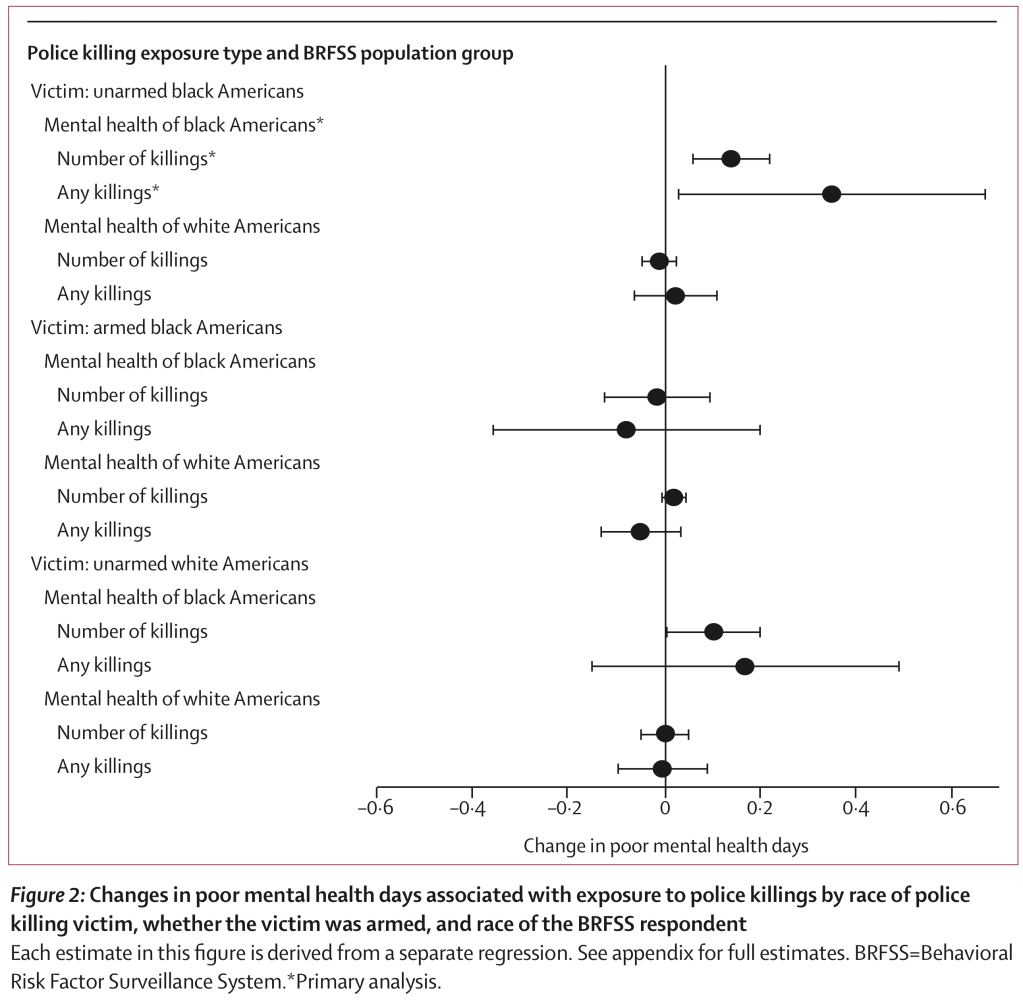